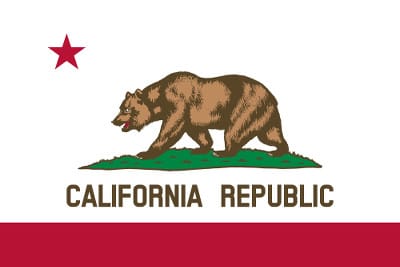 It goes without saying that California is one of the most popular states in the USA. Home to exciting cities, such as Los Angeles and San Francisco, “The Golden State” attracts millions of visitors each year who are looking to get the Californian experience. The state also offers plenty of scenic landscapes of beaches, mountains, and even deserts. It is also worth mentioning that California is one of the most ethnically diverse states in the country, which is due to the Gold Rush from 1848 when huge waves of immigrants from all parts of the world came to California in hopes of finding a better life.

California is stretched along the Pacific Coast with distinct differences between the northern and southern part of the state. While Southern California stays sunny and mild year-round, the northern part does see more differences in temperature throughout the year. In the north, you will find exciting cities such as San Francisco and the state’s capital city of Sacramento. San Francisco is one of the most popularly visited cities in the state due to its many exciting attractions and beautiful architecture. The famous San Francisco cable cars transport you over the many hills in the city from the Golden Gate Bridge to Fisherman’s Wharf.

Continuing south, you will pass glorious Californian wine country. Especially Santa Ynez Valley is famous for its charming wineries with families of vintners producing some of the finest wines in the country. The climate is ideal for growing a great variety of different grapes ranging from Pinot Noir to Bordeaux and Chardonnay. Visit one of the many wineries and join a wine sampling experience or simply stay longer at a relaxing resort and spa in the middle of the vineyard.

The southern part of California is probably the most popular and visited by millions of international travelers each year. Home to some of the finest beaches in the country, such as in Santa Barbara, Santa Monica and San Diego, southern California makes dreams come true. However, there is one city that tops them all: Los Angeles. The movie capital of the world is not only home to some of the richest and most famous people on the planet, but also offers a great selection of entertainment options, such as Universal Studios. When in LA, be sure to take a tour of Beverly Hills to see where the richest of the rich live, drive down Rodeo Drive to see where they shop and walk down the Hollywood Walk Of Fame to get close to your favorite celebrity. At the end of the day, enjoy some of the finest food at the best restaurants, bars, and pubs in the region.

What makes California even more appealing is its selection of Ivy League schools. Each year, thousands of international students try to get into a program of one of the most prestigious schools in the world, including UCLA, Stanford or Berkeley. Without a doubt, you will receive endless opportunities for teaching English as a foreign language after graduating from our high-quality TEFL/TESOL program in sunny California.